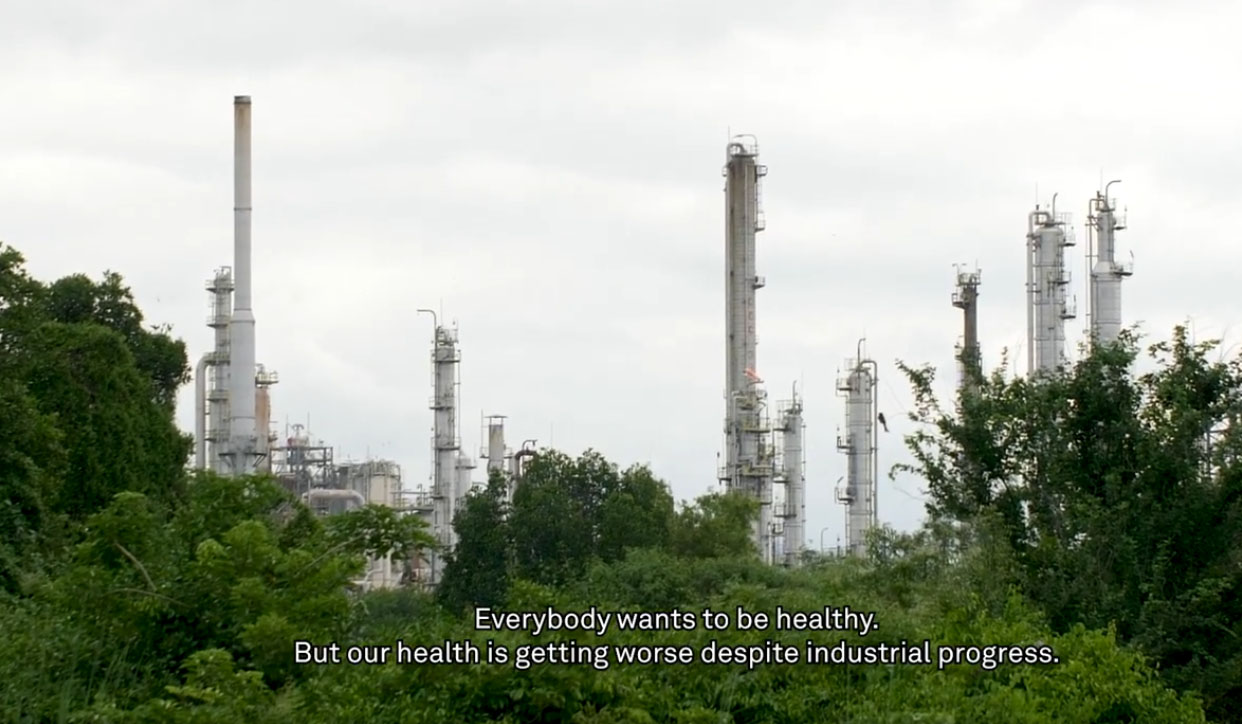 BANGKOK / PRAGUE - Pollution of air, soil and food chain reach extreme levels in Thailand, as shown by the long term measurements conducted by environmental organizations Ecological Alert and Recovery Thailand (EARTH) and Arnika (1). NGOs and communities affected now ask the authorities to introduce a mandatory system to monitor emissions of harmful substances from industrial plants and factories. Data should be reported in a Pollutant Release and Transfer Register (PRTR) - an effective mechanism of public control that has proved its worth in reducing pollution in European countries and has contributed to the safety of communities.
According to several expert analyses from the NGOs EARTH (2) and Arnika (3) focusing on different toxic hotspots in Thailand (4), people living near industrial sites do not have any official data on pollutants in emissions, they do not know to what extent the local industry can negatively affect their land, water, air, sources of their food, and they cannot effectively defend themselves against the damage to their health and valuable resources. Thai fishermen are noticing an increasing number of dying fish, the main source of food and communities' livelihood. Very dangerous organic pollutants are unfortunately ubiquitous in Thai environment. Pollution is caused mainly by industrial operation.
“What we in Thailand actually need is an effective Pollutant Release and Transfer Register - to identify specific polluters and chemicals, to establish strict norms and to periodically collect the data. This needs to be fully accessible for everyone so we would all have free access to important environmental data affecting our health. It would also help the lawsuits to be solved faster, not like the cases of Wax Garbage Recycling Centre or Win Process Company, which took decades of complaints and petitions of local communities. We are well aware of the importance of capacitating and empowering communities affected by industrial pollution and their role in implementing the PRTR and we definitely want to support that,” explained Penchom Saetang, director of EARTH.
Ronarong Thuamcharoen, from Banlaeng Community, Rayong Province, who lives very close to the petrochemical factories, said: “The Government allows our air to be destroyed by industries for a very long time and it should not do so anymore. I would like to see the PRTR system, with the standard similar to those being applied in many countries like the EU, U.S.A. and Japan, put into place in my country. The air we breathe in every day should be clean and safe like in other industrialized countries.”
With a goal to establish the PRTR law in Thailand, EARTH has introduced the PRTR draft legislation to the Thai Parliament in December 2020 with the support of 20 members of the House of Representatives. EARTH’s director said we would hear about the reaction of the Thai Government and consideration of the Thai Parliament about the draft PRTR law when the next general assembly starts again later this year.
The need for PRTR in practice (video)
“As shown by the cases we witness within our project, the monitoring and inspection is the only actual tool to achieve for example the compliance of a harmful factory and in most extreme cases the shutting down of pollutant operations. That is why we continuously demand setting up such a register and system to monitor the polluters and to get necessary information, and also why we have prepared and release a video informing about why the PRTR is crucial for Thai people and their health as well as the environment,” adds Miroslava Jopkova from Arnika - coordinator of the project.
Described initiatives and activities are taking place in the context of the project "Public Participation through Citizen Science and EIA System Enhancement”, which is funded by the European Union and Transition Promotion Program of the Czech Ministry of Foreign Affairs. More information about the project to be found at http://www.earththailand.org/en/ and https://english.arnika.org/thailand.
https://www.facebook.com/EarthEcoAlertEn/videos/213817910496507
Footnotes:
(1) Joint project of EARTH and Arnika aims to enable Thai communities affected by industrial pollution to generate scientific evidence, to broaden awareness about emerging environmental and health damages from industrial pollution and promote corporate accountability and last but not least to promote Thai citizen right-to-know and raise awareness on good practices of right-to-know legislation from the European Union, Czech Republic in particular, as a participatory mechanism for pollution reduction and prevention.
(2) Ecological Alert and Recovery Thailand (EARTH) is an independent non-governmental organization striving for social and environmental sustainability and justice in Thai society. EARTH serves as a watchdog monitoring the Thai government’s industrialization policy, industrial pollution, and unsustainable consumption patterns. It also promotes climate justice, good governance, and the accountability of governmental and international agencies. The main focus of EARTH’s interest is the impacts of hazardous substances on ecosystems, local communities, and workers’ health. http://www.earththailand.org/en
(3) The Czech non-governmental organization Arnika focuses on nature conservation, toxics and waste management, and public participation in decision making on environmental issues. During its existence, Arnika has become a valued European NGO in terms of fighting against toxic substances and chemicals or unsafe contamination of the environment and enhancing spreading the right to have information about chemical pollution. The organization cooperates with a number of partners around the globe (e.g. in Ukraine, Armenia, and Bosnia and Herzegovina) to provide a better and healthier future for as many as possible, regardless of the geographical location. https://english.arnika.org
(4) Arnika together with EARTH jointly prepared a series of reports published in a book “Toxic Hot Spots in Thailand” based on the results of analyzes of sediments, fish, eggs, air in the vicinity of several industrial complexes in Thailand - e.g. Samut Sakhon, Map Ta Phut, Khon Kaen, Loei, Rayong etc. This series of reports demonstrates some emerging problems of pollution by POPs, VOCs and heavy metals in relation to the growing industry in Thailand. Some sites with a large concentration of industrial facilities create a broad and exhaustive picture of POPs and heavy metals pollution. The publication is available on-line: https://english.arnika.org/.../toxic-hot-spots-in-thailand