Mercury in fish from industrial sites in Thailand 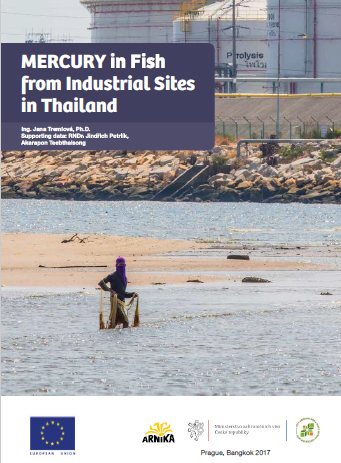 The main objective of this study is to interpret a data set obtained from an environmental sampling in different parts of Thailand that was carried out in February/March 2016 and February 2017. Samples originated from various sites which some of them served as control areas without any known sources of pollution and some samples originated from highly industrialized areas. Collected samples of fish and sediments were analyzed for content of mercury and methylmercury, secondary also for the content of some selected risk elements and data were further discussed and compared to national and international legal standards.

This sampling campaign is a part of “Increasing Transparency in Industrial Pollution Management through Citizen Science” project, and was conducted by a non-profit organization Arnika Association, Czech Republic and Ecological Alert and Recovery – Thailand (EARTH) Association.