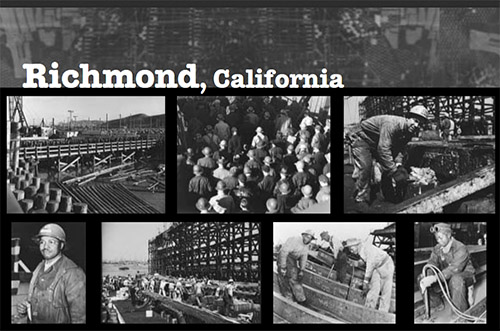 In the early 1940’s, Richmond, California, became a large hub for shipbuilding as part of the World War II effort. Thousands of African Americans from the South migrated to Richmond to take advantage of the jobs and opportunity. Many settled along the less inhabited areas of the region, mainly near the fencelines of industrial developments. The largest industry was Chevron’s Richmond refinery that occupied over 300 acres in the northeast corner of Richmond. Studies have documented the proximity of African American and people of color neighbors to industrial pollution sources in Richmond. As early as 1989, Communities for a Better Environment issued the landmark report on race, poverty and toxic threats: Richmond at Risk.