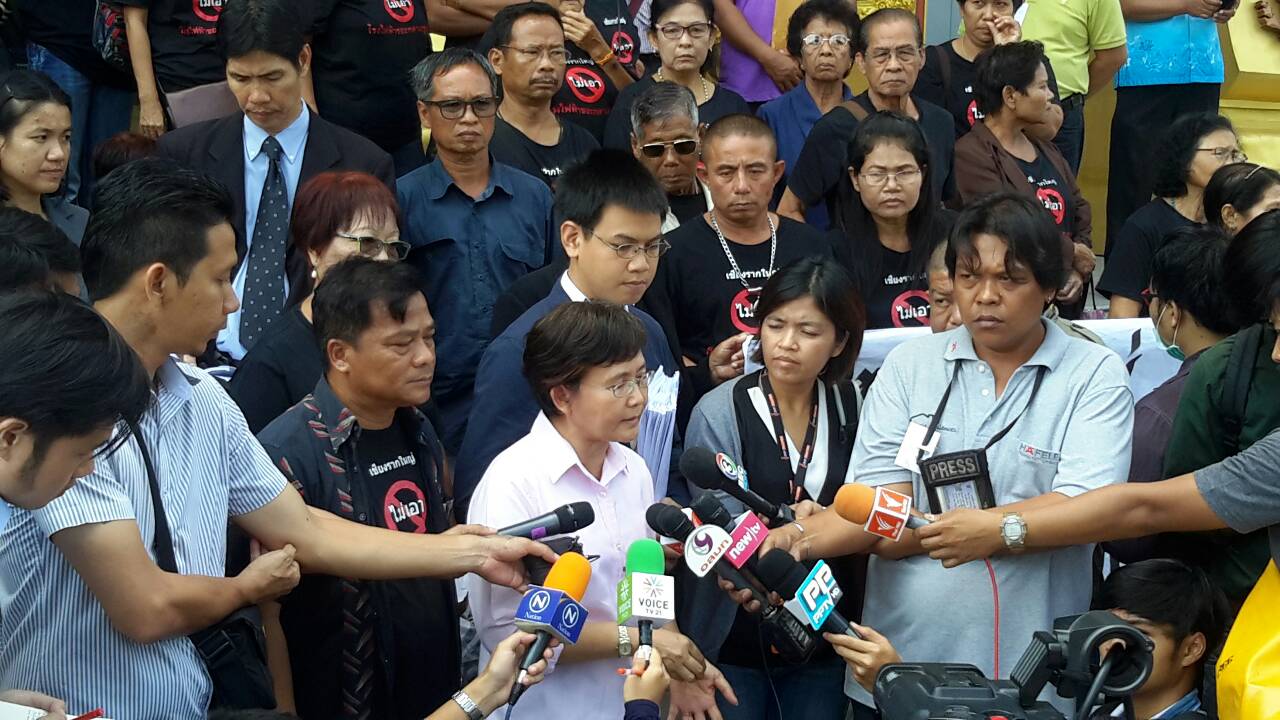 For Penchom Saetang, Executive Director of EARTH Thailand, it all started in the 1991 chemical explosion in the port of Klong Toey in Bangkok that ripped chemical warehouses and shanties in the area.  With over 23 kinds of chemicals stored in the warehouses and a newly established military government, “the Thai officers could not handle the explosion, nor identify the kind and volume of chemicals present.”

Together with like-minded friends, Penchom organized a public seminar to explore the situation and demand the government to release information about the explosion and provide assistance to the victims.  By the end of 1991, a Toxic Chemical Committee was formed to assist victims, discuss industrialization issues, assess existing industrial policies, and provide support for banning hazardous chemicals.

From the committee, this Liberal Arts and Journalism graduate, set up the Campaign for Alternative Industrial Network (CAIN) in 1998 and eleven years later in 2009, CAIN gave way to Ecological Alert and Recovery or simply, EARTH Thailand which was registered as a foundation.

From 3 to 4 staff, EARTH now has 10 regular employees and while it has the same objectives and mission as CAIN’s, the work has greatly expanded with more activities like environmental monitoring in communities, tools to analyze chemicals in the environment, and more experts in the field who can provide assistance including legal assistance to the community.

GAIA sat down with Penchom to talk about EARTH’s project, plans, challenges, and successes.

What are EARTH Thailand’s top priorities?

We promote social and environmental justice to communities affected by bad waste management, illegal dumping, and communities that are being affected by hazardous waste recycling. We also work with communities affected by the waste trade of plastic scraps and other scraps. In 2008, the Thailand and the Japanese government were entering into a contract on economic partnership or the form of free trade agreement.  We learned that the draft bipartite contract would allow waste trade and that once we enter into the partnership, Japan can send in their waste to Thailand.  We could not stop the partnership because a number of Asian countries already signed it.  That was the first time we had a campaign against the waste trade. Since then, we wanted to know the impacts related to waste imports.  We found that Thailand imported huge volumes of plastic waste from other countries and there was an increase in this importation in 2018 when China signed the Sword Policy banning the import of plastic and other materials. 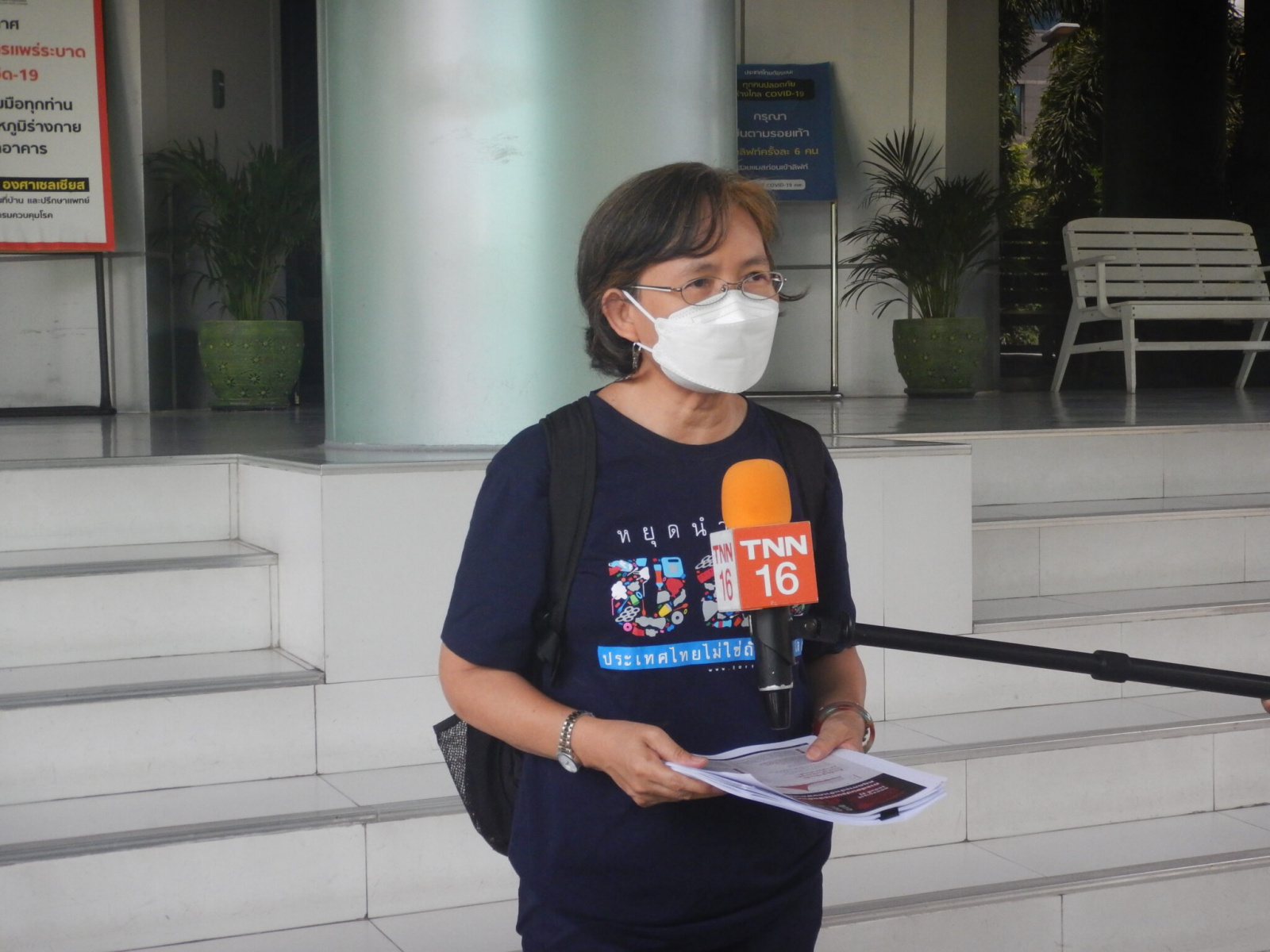 What are EARTH Thailand’s main and ongoing campaigns?

We work on the waste importation issue.  This includes plastic, electronics, metal scraps, and other hazardous waste.  We are also opposing the recycling of electronics and hazardous waste and also pushing for the Basel ban amendment ratification.

There are several waste-to-energy project proposals in the country and we are opposing that too.

We have several citizen science projects on environment, health, and reducing industrial pollution.  What we do is we provide support to communities to have environmental monitoring and sampling and support them by producing reports that they can use to push the government to solve environmental issues in the area.

We also work with partners on other issues such as mercury and sustainable development.

What are your biggest accomplishments/achievements?

What we do is strengthen the community and give them a better solution / stronger negotiation to their problem. Our role in supporting the communities has stimulated/encouraged the actions of the environmental and health agencies.

Some concrete achievements like in 2002, we succeeded in the campaign in calling for additional health damage compensation provided to the chemical explosion victim of 1991 from the government.

Using the citizen science approach, we have set up environmental monitoring activities in different communities. This can empower the communities in their fight with industrial pollution and toxic waste problems in a number of communities.

There are three levels to our work:

Community which includes training, consultancy, data gathering, and simplifying information for their use in environmental movement

Connecting with international network such as IPEN, GAIA, and CSOs in Thailand

What challenges are you currently facing?  How is your work impacted by the COVID crisis?

There are many.  There are external factors such as in the earlier period of our activities, we found that we cannot coordinate with agencies such as environmental agencies that should be working on industrial pollution. There was no collaboration there.  Recently, it is getting better but still challenging because the biggest environmental policies are being dominated by industrial investors or big businesses.  It is difficult to overcome them, particularly in the legal & policy areas.

With regards to waste management, plastic waste is very challenging, especially at the policy level.  Local political parties and authorities didn’t want to enforce measures to encourage the general public to reduce plastic waste. Plastic reduction is still on a voluntary base.  We still have a lot to do to solve the plastic issue.

With environmental justice, our problem is the mentality and attitude of the government and judicial authority. The process takes a long time.  We need a platform for dialogue to change attitudes and mindsets on environmental justice.  We need to think about how we can enter into their way of thinking.  Corruption is also a big challenge.

Internally, EARTH has a big problem with staff turnover.  Most of the staff stay short term and often move to other fields such as the government or private sectors or pursue higher education.  Every time it happens, I have to start again and train new staff on how to analyze data, do advocacy work…  It is hard for us to continue working efficiently and to conduct effective campaigns. In fighting the hazardous waste and pollution issue, we still need more knowledge and technical things to strengthen our action and campaign.

The budget is also difficult because we have to raise funds.  Projects last for four years at most and we have to comply with all the requirements of the funding agencies and it is difficult to handle everything.

With the pandemic, we cannot move and do environmental monitoring, particularly in impacted areas. Project implementation could not happen and there are an increasing number of online meetings and conferences.

What are the main environmental issues that your country/region is facing?

There are big issues such as environmental contamination/deterioration by industrial pollution, the state of marginalized people and their land rights and then there are dam constructions and climate change related to deforestation.  Lots of things but now the big challenge we have in Thailand is about special economic development.  It is a  big and tough challenge for CSOs and many communities.  Thailand just declared 3 provinces under the Eastern Economic Corridor (ECC) when they will receive a special period in investment and we know those industrial investments do not always go well with environmental protection.  The government also announced more than 20 special economic zones across the country and those have all become pollution hotspots.

These economic zones bring in big investors and corporations and all types of investments from multinational corporations.  We observe from 2018 that there have been an increasing number of waste recycling being promoted and constructed in the EEC area.  We launched a campaign against dirty recycling this 2021 and call for more regulations and measures to control toxic emissions.   Beyond air pollution, other problems from waste recycling are wastewater, land contamination, and illegal dumping.  Waste recycling is now one of the big problems of EARTH Thailand aside from WTE projects and waste dumping.

How do you see your organization’s work evolving in the next few years?

We try to promote the citizen scientist team to have better technical knowledge with some scientific tools which can help them provide environmental monitoring and analyzing contamination in areas, provide good reports, and teach negotiating power to communities to policy and decision-makers.

We hope to develop local communities to campaign against dirty recyclers.  We can build the citizen scientist team to provide training support and provide consultancy to affected communities.  In parallel, we have to move on and advocate for other policy changes such as the modification of the environmental laws.

We will also campaign for Extended Producer Responsibility (EPR) and continue working on it along with the circular economy.

Citizen science is very important because when we talk about health, the environment, and science, people have the belief that those things fall in the hands of scientists, economists, and academic institutions.  When we want to do environmental monitoring, the community doesn’t have the skill to do that.  But we have to fight environmental problems.  Citizen scientists need to work with the community.  If we don’t have a device, we can’t do anything and we can’t ask for assistance from academic institutions for free.  People need to depend on people.  If we’re fighting pollution, we need to strengthen citizen science and use our knowledge and provide support to affected communities.

Citizen science approach is used by many countries to empower the negotiation skills of the people.

What are your thoughts on the waste crisis that many countries in your region (and in the world) are living in right now?

Waste importation from the west is still happening.  Thailand and other countries in the region are targets for dumping due to corruption in these countries and the low labour cost.

Plastic waste is related to consumption and economic “development”.  We have to keep watching this issue because it will be a big crisis in the future even if countries have policies and similar goals to reduce.

Who inspires you the most in the environmental work (in your country or in the world)?

I respect and admire those who contribute to public interest and social well being, no specific idols. I learned from some teachers and friends during my schooling and undergraduate life and I wanted to do something related to public interest like them. After graduation, I initially was not interested in environmental work.  But later, I realized that in this area, I can do something for the greater good.