CHACHOENGSAO, THAILAND – The Phanom Conservatory Citizen Network informed the Ecological Alert and Recovery Thailand (EARTH) that after heavy rain on the 18 October, water level in the Nam Choan Basin 16 or “Grandma Jaew” Basin had overflowed the spillway.

The Grandma Jaew Basin is located in the Khao Hin Son subdistrict, Phanom Sarakham district, Chachoengsao province. A public waterway connects the basin to a canal called the “Talad canal” which flows into the Bang Pakong – a major river basin of Thailand’s agriculture-rich eastern zone.

In 2019, locals reported that the water in the Grandma Jaew Basin emitted “rusty” smell, and caused skin irritation when used for bathing. The water was also unusable for agriculture. Subsequent investigation by the Pollution Control Department (PCD) found heavy metal contamination and high acidity. The polluter is most likely a nearby factory, which is currently under prosecution.

Since then, the Phanom Conservatory Citizen Network has been monitoring water quality in the basin and calling for its restoration. After heavy rain on 19 October, the group checked water quality and found the results indicated above.

With regards to the result, EARTH’s Research and Technical Team opined that they indicate high acidity (pH 3.48) in the water in the spillway, despite the fact that it would have already been diluted by rainwater. This suggests that the initial contamination was severe. In addition, there has been no effort made to retore the environment in the area or to stop further contamination through groundwater seepage. The continued presence of the polluting source ensures this contamination will keep increasing. 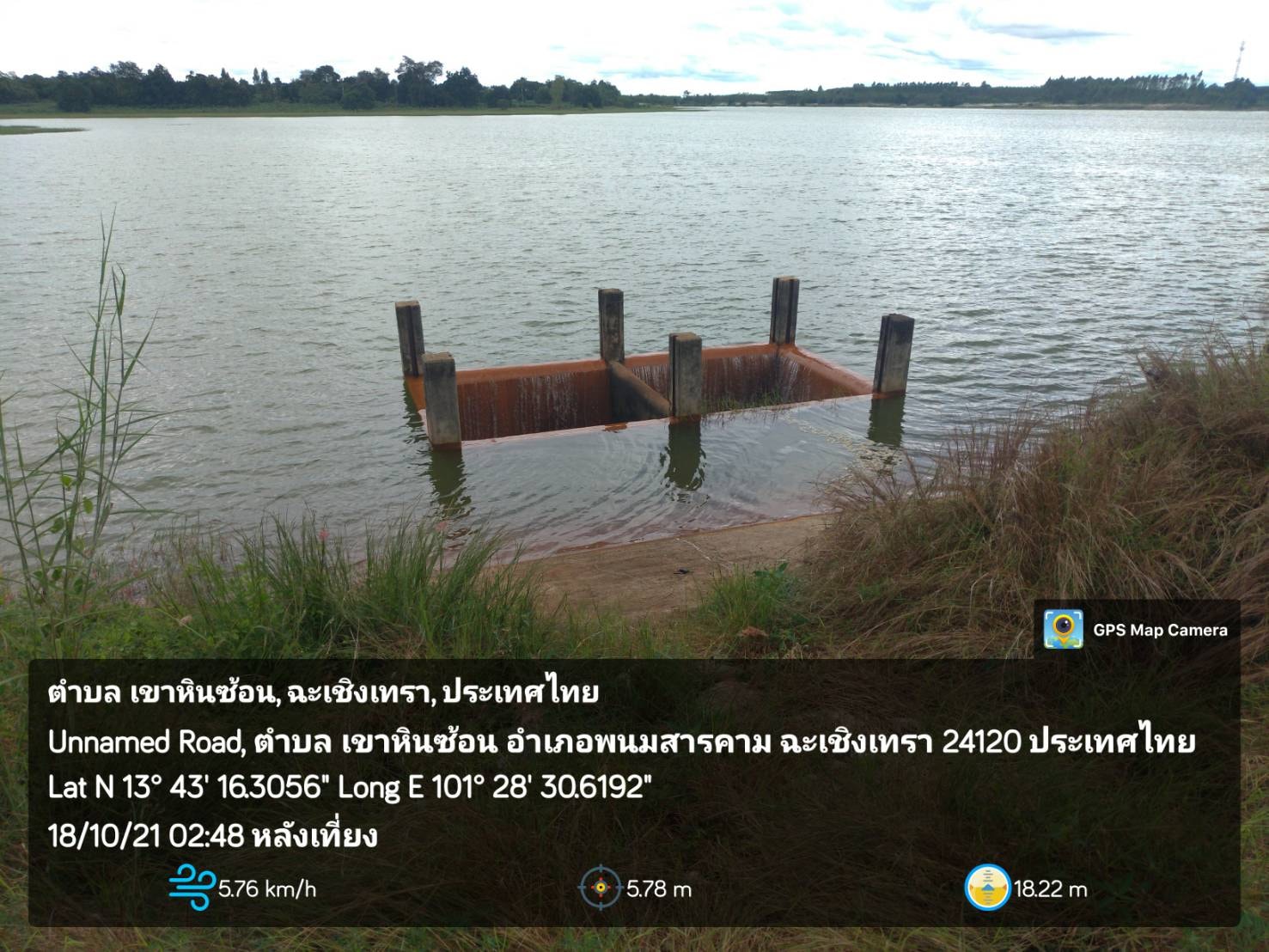 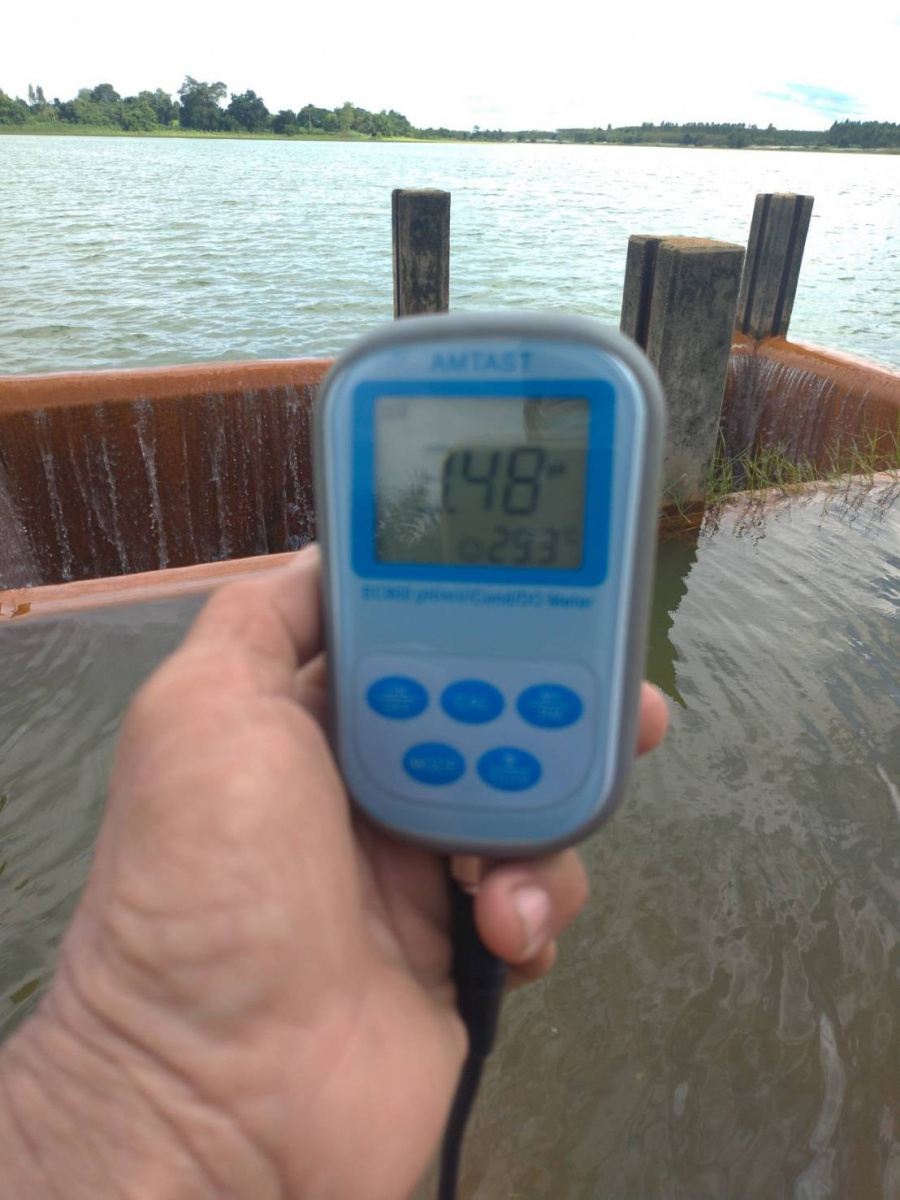 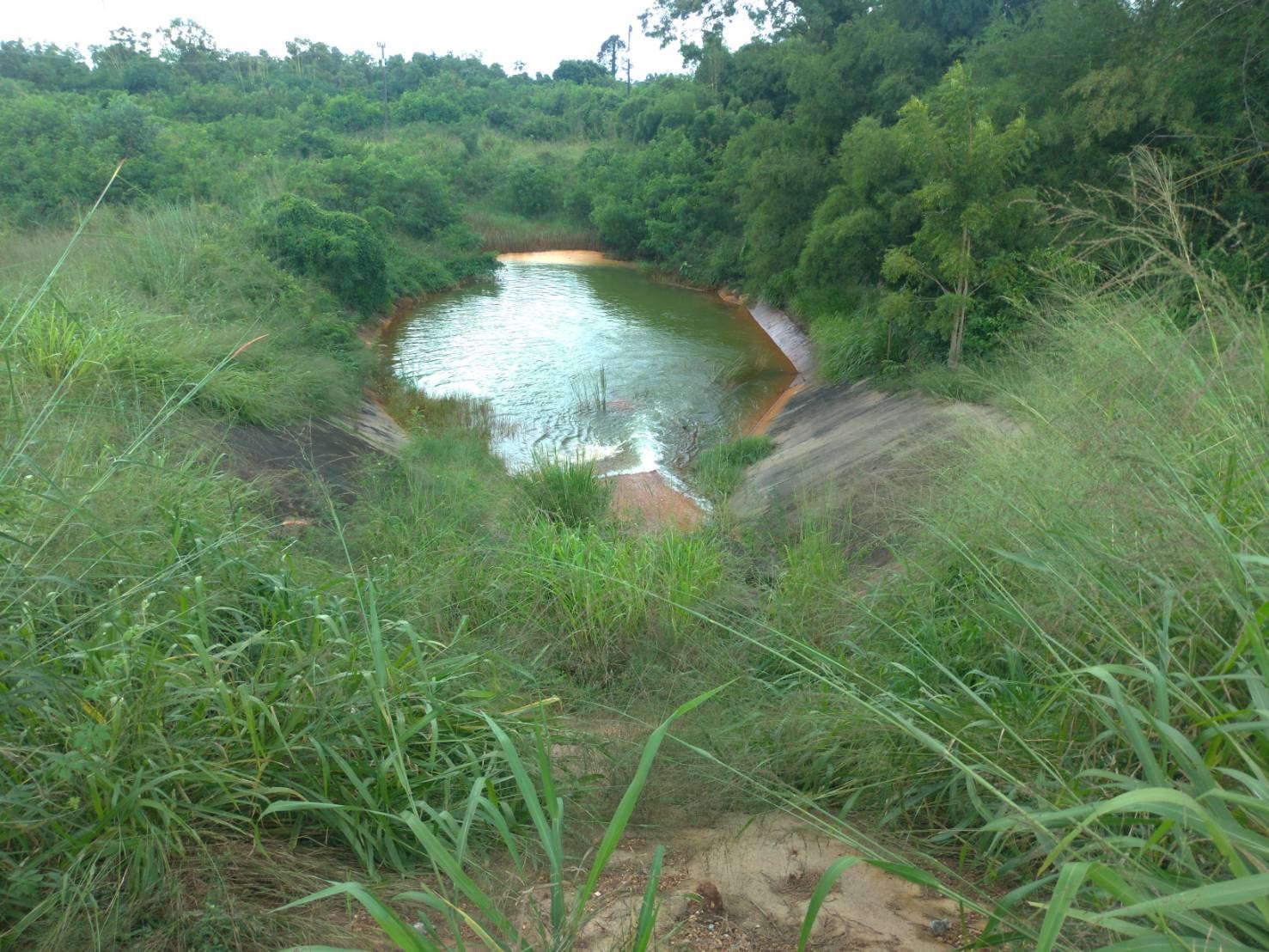 Picture 3: After water overflowed the spillway, it entered a public waterway which flows into the Talad canal – itself connected to the Bang Pakong River, which feeds the agriculture-rich eastern region of Thailand